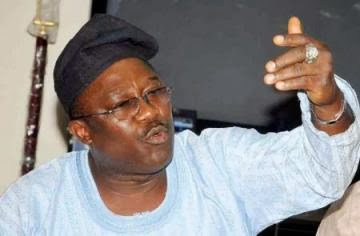 Saraki said: “All the reports of previous investigations must be implemented.
“Until people are held responsible and accountable for their negligence, nothing is going to change.”
Senator Oluremi Tinubu (APC-Lagos) advised the aviation authorities to desist from politicising the loss of lives as a result of recurrent incidents of plane crashes in the country.
Tinubu said: “Senate committee on aviation should look at the entire sector.
“We should stop playing politics with the lives of others.”
Adeyemi, however, threw the bombshell when he said that his personal findings showed that the Associated Airlines crash was caused by corruption.
Adeyemi said the aircraft was supposed to be on test flight from Lagos to Akure, Ondo State but that some persons allowed passengers to board in the bid to make quick money.
He questioned the competence of persons saddled with the responsibility of overseeing the operations of the aviation industry in Nigeria and urged the Senate to unravel the ownership of Associated Airlines.
He said: “I gathered that the plane was meant to fly to Akure on test flight and only engineers were supposed to be aboard but someone wanted to make fast money and carried passengers.
“It appears those at the helm of affairs at the aviation ministry are not professionally grounded in the technical aspects of the aviation industry.
“The Senate would do the nation a great deal by looking at the owners of the ill-fated aircraft because the aviation regulators know airlines that cut corners.”
The Deputy Senate President, Senator Ike Ekweremadu, who presided over the plenary, said the problem facing the aviation sector was the non-observation of safety standards and failure of regulators to enforce same.
Ekweremadu challenged the aviation committee to take all necessary actions to ensure that aviation regulations were effectively enforced irrespective of persons involved.
He said: “The regulations and standards are the same all over the world, but the problem here has to do with those who enforce the regulations.
“We must stand up as Senate and National Assembly to ensure that those who are supposed to enforce these standards do them without fear or favour.
“That is why it is important to call on our committee to intensify action to ensure that every regulation is enforced no matter who is involved.”
The Senate subsequently observed one minute silence in honour of the victims of the air crash.
Meanwhile, the Senate on Tuesday suspended plenary to enable its committees complete work on all pending reports.
The Senate is expected to resume plenary on October 22 when Oduah is expected to appear before the plenary in response to the invitation extended to her.
Source: Integrity Reporters