CAN Crisis Latest: Group Says CAN President , Ortisejiafor Has No Power To Suspend Them 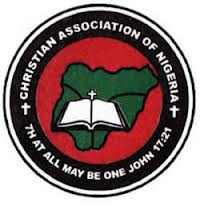 The crisis rocking the Christian Association of Nigeria, CAN continued on Friday as the Bishops and Clerics Forum of Nigeria (BACFON) ,who were said to have been suspended by Archbishop God-Dowell Avwomakpa,  chairman OF CAN, South South,  said they will take legal action against CAN’s national leadership.
Describing what they called alleged suspension as ridiculous, as they added that the CAN’s national President never gave them time to express their own side of the story as they also said the suspension will never hold.
In a statement which was signed by the BACFON President, Prophet Jones Ode-Erue, the group said it was not true that they were dabbling into politics by having interest on the G-7 governors, as they also said that; “ that our consultations has been centered on injustice, impunity, declension in tolerance amongst leaders and political office holders and insecurity.
Subscribe to our newsletter

“We want to correct in strong terms the misconstruction of our mission by our detractors and urge the press not to be cowed into such deception. It is a known fact that clerics, the world over, are known to be non-partisan and a true man of God will never take side with either party in a dispute” the group said.
According to them commenting on the suspension, they said;  “Avwomakpa has no capacity to suspend us. He is not our member, we only invited him to join us when our delegation visited Governor Rotimi Amaechi. We give him 48 hours to retract the announcement of our suspension and all the bad things he said about us on Delta Television or else we will institute legal action against him and CAN.”
“We are disappointed that a leader could sit and watch his two children fight while the rest of us suffer only to come and blackmail those who take their time to seek solutions to the crisis”, the statement said and warned that no amount of blackmail or intimidation would deter them from the noble mission rescue the country from imminent collapse.
“It is surprising that Pst Ayo Oritsejafor, the CAN president will handle issues of immense gravity and national importance hastily, with levity and without discretion.”

Killing Of Iyayi: Kogi Convoy Drivers Have Not Been Involved In Training-Chidoka