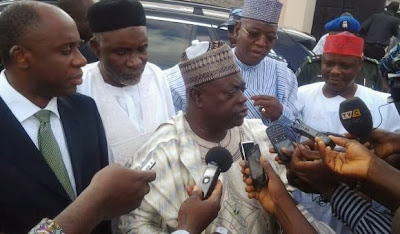 Sources close to the meeting said Obasanjo told the governors that their situation can only worsen if they continue to oppose Jonathan.
Obasanjo reportedly told the governors that no President, no matter his perceived weakness, would stand and watch a body of governors test his resolve.
According to the sources, the former president advised the embattled governors to seek ways of reconciling with Jonathan if they didn’t want rougher days ahead.
A source close to one of the governors who visited Obasanjo however confided in Pointblanknews.com that the former president’s advice may have fallen on deaf ears.
“From the way things are, I don’t think any of these governors would beg Mr. President. They feel that they have crossed the rubicon and therefore had any more thing to lose,” he added.
Source: Pointblanknews