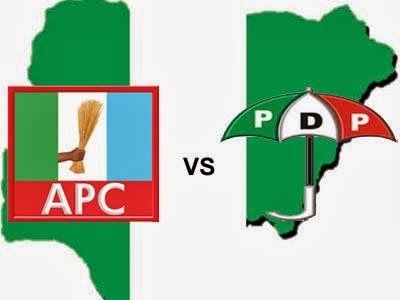 The All Progressives Congress (APC) has said President Goodluck Jonathan is exhibiting the traits of an insensitive and utterly hardhearted leader by returning to his illegal campaign trail, barely 24 hours after 75 of his compatriots died in a bomb blast in Abuja, and as news broke that 200 school girls have been abducted by Boko Haram in Borno.
In a statement issued in Lagos on Wednesday by its Interim National Publicity Secretary, Alhaji Lai Mohammed, the party also renewed its call on the President to urgently convene a stakeholders’ summit and pursue a nonpartisan approach towards ending the insurgency, as it is now very obvious that the challenge posed by it is beyond the capacity of the government.
Subscribe to our newsletter
It said the President’s quick return to the hustings was reprehensible and has shown that his visit to the scene of the blast was merely to avoid the kind of flak he has received for refusing to visit Yobe, where 43 school children were massacred recently, rather than a genuine show of sympathy by a truly compassionate leader.
”The message that President Jonathan is sending to Nigerians is that keeping his plum job, at all cost, is more important to him than the security and welfare of the same people who voted him into office. Otherwise, the President would not have rushed back to his illegal campaign trail at a time he should be leading the nation in mourning the dead.
”A President who said his ambition is not worth the blood of anyone is now dancing gleefully on the graves of over 70 of his compatriots. What is so important about the illegal campaign stop in Kano on Tuesday that could not have waited for the smoke to clear from the scene of the deadly blast on Monday? Who will President Jonathan rule over when his countrymen and women are being daily mowed down under his watch?
”Without mincing words, President Jonathan erred badly by not showing enough sympathy for the victims of Monday’s blast. More people died in the blast than from Kenya’s mall shooting last September, yet President Uhuru Kenyatta declared three days of national mourning during which flags at public buildings flew at half mast and the people of Kenya prayed for the dead and the injured.
”In 2012, Gen. Muhammadu Buhari ordered the immediate postponement of all activities long planned to mark his 70th birthday, following the death in a helicopter crash of Gen. Azazi, Gov. Yakowa and others in a helicopter crash in Bayelsa. Such is the stuff of a great leader.

”How can a President whose failure of leadership has led to the untimely deaths of 1,500 mostly civilians in the hands of terrorists this year alone be so numb to the fate and plight of those who voted him into office? Or how else does one describe the action of a President who was in a celebratory mood in Kano on Tuesday, even when the surviving victims are still writhing in pain in various hospitals, the bodies of the victims are still lying cold in the morgue and the fate of dozens of abducted school girls remains unknown?” APC queried
The party urged President Jonathan, as a father, a leader and a human being, to take a moment of deep introspection, to reflect on his actions, adding: ”Perhaps he will realize that long after the glitz of office would have dimmed and the retinue of lick-spittle aides would have vanished, a leader would be remembered more for his humanity than his vanities.”
APC said it was imperative for the President to hearken to the voice of reason because his aides and party officials, desperate not to be pushed off the gravy train, would rather blame everyone but the President and themselves for the woes that have befallen Nigeria under the President’s watch.
Alhaji Lai Mohammed
Interim National Publicity Secretary
All Progressives Congress (APC)
Lagos, April 16th 2014