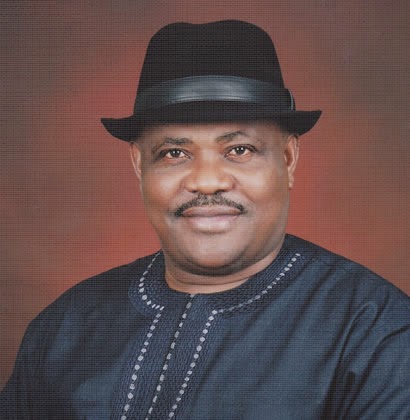 The Rivers State Chapter of the All Progressives Congress (APC) has dismissed as a pipe dream, the ambition of Minister of State, Chief Nyesome Wike, to rule the State, predicting that he will meet his political waterloo during the 2015 governorship election.
Subscribe to our newsletter
“We have noted Wike’s boast that he will beat other candidates even in their wards during the governorship election. This is nothing but the blowing of hot air by a political Lilliput who seems to have forgotten how he achieved the little relevance that is now intoxicating him,” Rivers APC Chairman, Dr. Davies Ibiamu Ikanya, said on Sunday in Port Harcourt.

Ikanya in a statement signed on his behalf by his Senior Media Aide, Chie Eze Chukwuemeka Eze, reminded Wike that he owes his position as a junior minister to the Rivers State APC Leader, Governor Chibuike Rotimi Amaechi.“The same Amaechi that made him will politically un-make him during the 2015 governorship elections. Wike is living in the past as those that made him think that he is somebody politically are all now in APC; we know his tricks and know how to cage him when necessary, so without us he is a nobody politically in Rivers State. Wike is the easiest candidate for us to beat and that was why we fasted for him to emerge as the Peoples Democratic Party (PDP) candidate for the election. We are continuing in prayer along this line. The thrashing that Wike and the PDP will receive from APC during the election will be so heavy that he may be forced to consider premature retirement from politics,” Ikanya said.
Wike, according to the Rivers APC Chairman, has a lot of factors counting against him. “One of these disadvantages is that he is from the Nkwerre axis; the fact remains that no son or daughter of Nkwerre will succeed Gov. Amaechi who is from Nkwerre and would have governed Rivers for eight years by May 2015, so that rules him out,” Ikanya said.
Continuing, he added: “Wike has publicly boasted that all the primary and secondary schools Amaechi has built do not exist in any other part of Rivers State apart from Port Harcourt. In other words, if he is elected (but God forbid!) he is capable of bulldozing the 23 model secondary schools and 300 model primary schools scattered in the other local government areas of the State, sparing, may be, only those in Port Harcourt. Will Rivers people take such a risk with somebody whose only achievement as acting Minister of Education was to ensure that our universities were closed for over six months while the polytechnic and Colleges of Education were closed for about one year? The answer is No. Wike should stop wasting his time because he obviously does not have what it takes to govern Rivers State.